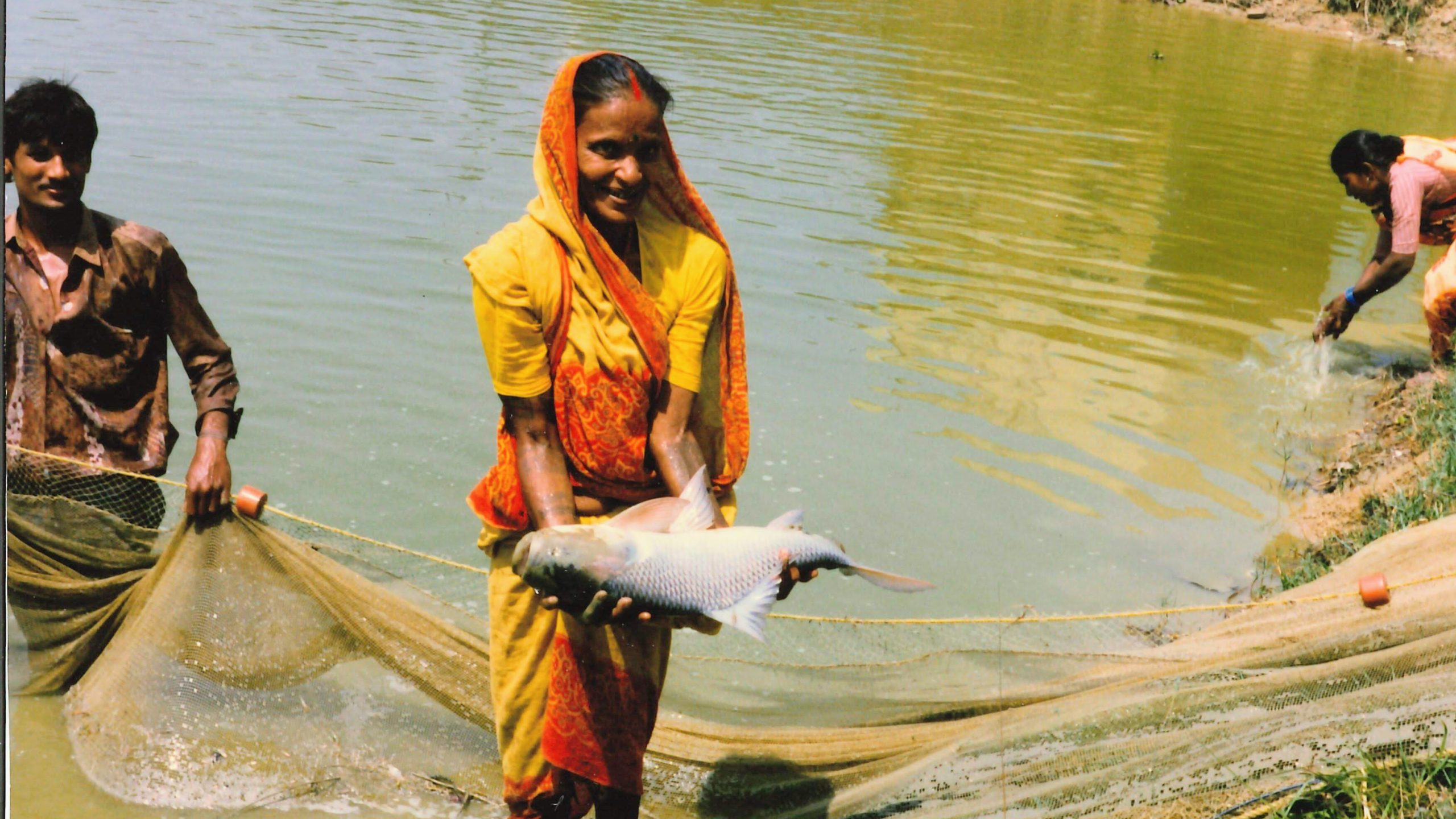 This proverb leaps to mind whenever we think of efforts to end hunger. Yet it is surprisingly and dangerously misleading.

Most of the hungriest parts of the world produce more than enough food. India – the country with the largest number of hungry people – has tens of millions of tons of surplus food in storage.

If hungry people don’t lack “our” food, then surely they lack “our” knowledge? Don’t they need our technology and expertise to solve their problems of hunger and poverty?

No. People are not hungry because they are ignorant. Some of the world’s greatest knowledge of sustainable fishing, herding and farming reside in the world’s hungry villages. We in the West could frankly use a few lessons ourselves in sustainable food production.

The issues are more fundamental. The fish are there. The people know how to fish. Yet there is barbed wire around the pond – literally and figuratively.

Hungry people – particularly women – are systematically denied the right to meet their basic needs due to deeply entrenched social conditions. Ending hunger requires restoring people’s ability to secure and protect their own basic human rights – to break the inherited social constraints that hold them back. This is what we mean by “empowerment.”

For example: when The Hunger Project began work in the Indian state of Bihar in 1994, the state government controlled all fish ponds, and by law would lease them to groups of “fishermen” which was interpreted by the bureaucracy to literally exclude women. The Hunger Project-Bihar mobilized some of the most influential people in the state to get that law changed – unleashing the ability of thousands of women to form fishing cooperatives. [a specific result here would be great e.g. “over the past 12 years,  x # of women’s fishing cooperatives have been formed consisting of more than x# of rural women.

When The Hunger Project-Senegal began working in the parched northern villages near Mpal, the villagers had no techniques to deal with the encroaching desert – yet their government operated an agricultural research center just 20 miles away with plenty of knowledge. Once the people recognized and overcame their entrenched fatalism and saw this resource as their own, they forged links with the center and made sure they gained the knowledge they needed.

Often governments train and employ agricultural extension workers. But they fail to provide even a bicycle for the extension workers to reach the people in remote villages. The farmers live in very small villages without enough political clout to get the attention of their government. Through the mobilization and leadership development process of The Hunger Project, these villages overcome local rivalries and begin working together as a ten-village cluster.  This larger political grouping increases their clout to obtain these and other existing local government services – in healthcare, education, literacy, and agriculture.

One of the biggest killers of malnourished children is water-borne disease, spread through lack of sanitation. Men typically do not perceive the need for sanitary latrines, yet for women it is major issue of safety and dignity. Women must often rise before dawn just to relieve themselves without being harassed or even raped. When women gain voice in decision-making – which is an absolute requirement wherever The Hunger Project works – these women make sanitation a top priority – and dramatically reduce the spread of disease.

Whether it is political corruption, bureaucratic inefficiency or severe gender discrimination, social injustice is held in place by violence or the threat of violence. In Ethiopia, 50% of women have suffered domestic violence which, as in many societies, goes almost entirely unpunished.  Through gender education of men, through uniting women in self-help groups for mutual support, and through massive awareness and legal rights campaigns, The Hunger Project empowers societies to make gender violence unacceptable.

The end of hunger does not need us to send food or teachers anywhere. It needs us to have the courage, humility and long term commitment to stand in authentic partnership with hungry people as they transform their societies to secure their most basic human rights.