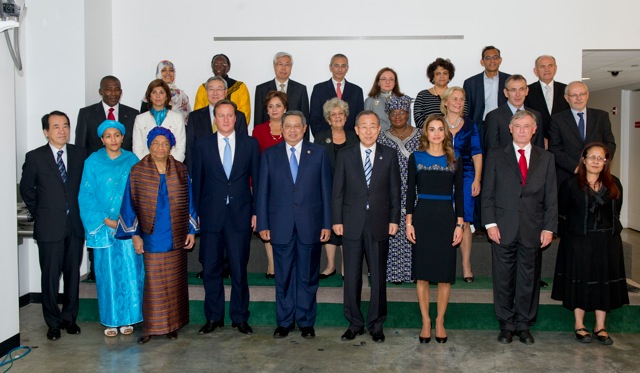 This year saw a continuation and expansion of many of the positive trends in the 2011 list: civil society consultation, gender mainstreaming, transparency, small farmer empowerment.  And it saw new initiatives to fill gaps in achieving the MDGs. Yet we also witnessed pushback: organized threats to women’s human rights and civil society that remind us we can never take progress for granted. Post-2015 Agenda: Far and away the most far-reaching trend in 2012 was the launch of a broad, global, inclusive process to identify the set of development goals that will supplant the MDGs. The UN Secretary General appointed a high-level panel, and public consultations are being held in more than 100 countries. It appears that the goals will integrate issues left out of the MDGs, including human rights and sustainable development. See http://worldwewant2015.org

Better Data: The push, since 2005, for better monitoring and evaluation is beginning to yield better data and more lessons learned. The 2012 book “Poor Economics” by Banerjee and Duflo reports numerous surprises revealed through randomized evaluations that should lead to smarter policies. See http://pooreconomics.org. The 2012 FAO State of Food and Agriculture reported that progress to end hunger has been better than previously thought. See http://fao.org/sofa

Family Planning Summit: In the face of rising political forces that threatened to roll-back long-won gains in women’s rights such as access to contraception, Melinda Gates stepped forward with personal leadership and, with UK Prime Minister David Cameron, organized a global summit to put family planning back high on the global agenda. See http://www.londonfamilyplanningsummit.co.uk/

Renewing the Child Survival Promise: On the 30th anniversary of one of the world’s most successful global health initiatives of the 1980s, the Child Survival Revolution, Unicef, governments, the private sector and civil society stepped forward to revitalize the revolution, bringing in new science and a “continuum of care” philosophy to improve maternal health and dramatically reduce preventable child deaths. A post-2015 goal is likely to be reducing under-five mortality to 20 per 1,000 live births. See http://apromiserenewed.org and http://countdown2015mnch.org

Universal Health Coverage: There is now wide agreement that, consistent with a human rights-based approach to development, it should be the duty of governments to ensure that all citizens have access to affordable health care such that illness does not push people into poverty. This is likely to be a Post-2015 goal. See: http://www.thelancet.com/themed-universal-health-coverage

Education First. Although the world made dramatic progress in increasing school enrollment, particularly of girls, many countries have seen a drop in actual learning – in the quality of education. The UN Secretary General has appointed former UK Prime Minister Gordon Brown to head an initiative to turn this around, and teams are developing learning goals for the Post-2015 agenda. See http://www.globaleducationfirst.org

Zero Hunger Challenge: Inspired by the extraordinary progress made by Brazil, the UN Secretary General launched a global “Zero Hunger Challenge” to push for resilient food supplies and improved nutrition. This will now be the framework of his High Level Task Force on Food and Nutrition Security established in 2008. See http://www.un.org/en/zerohunger/

New Alliance – Private Sector in Agriculture: As part of its term in the rotating G8 presidency, the Obama administration followed up on its Global Food Security initiative with a new initiative to encourage greater private sector investment in African agriculture. The move compliments work underway in Rome by the work of the UN CFS: Committee on Food Security to develop guidelines on responsible private investment in agriculture. http://1.usa.gov/XQmqzS

Capacity Building. A central principle of the Paris Principles on Aid Effectiveness is that international actors should focus on building the capacity of developing countries to achieve their own development. Donor agencies such as USAID have begun reforming their aid programs to make this commitment a reality during 2012. See http://1.usa.gov/XQlQlE

Mine is not the only top 10 list! See http://psiimpact.com/united-states-2012-a-year-of-bipartisan-triumphs/