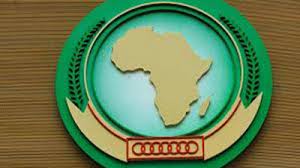 A midst the 22nd AU Summit on Agriculture and Food Security, there is a growing wary that the so called ‘2014 Year of Agriculture and Food Security’ will remain a wish as the continent is already dealing with conflicts in Central Africa Republic (CAR) and South Sudan. According to the German radio Deutsche Welle,  current crises overshadow African Union summit. With four days in to the meeting that lasts up to 31st January 2014 nothing has been said about agriculture and food security. It is imperative that Africans with that leaders discuss and design a road map to transform the continents rain-fed and small scale farming which employs majority of the total working labor force and major contributor of to the continents GDP to a sustainable and climate resilient agriculture. For more info click http://www.dw.de/current-crises-overshadow-african-union-summit/a-17383802 and http://summits.au.int/en/22ndsummit

One response to “2014 Year of Agriculture and Food Security”