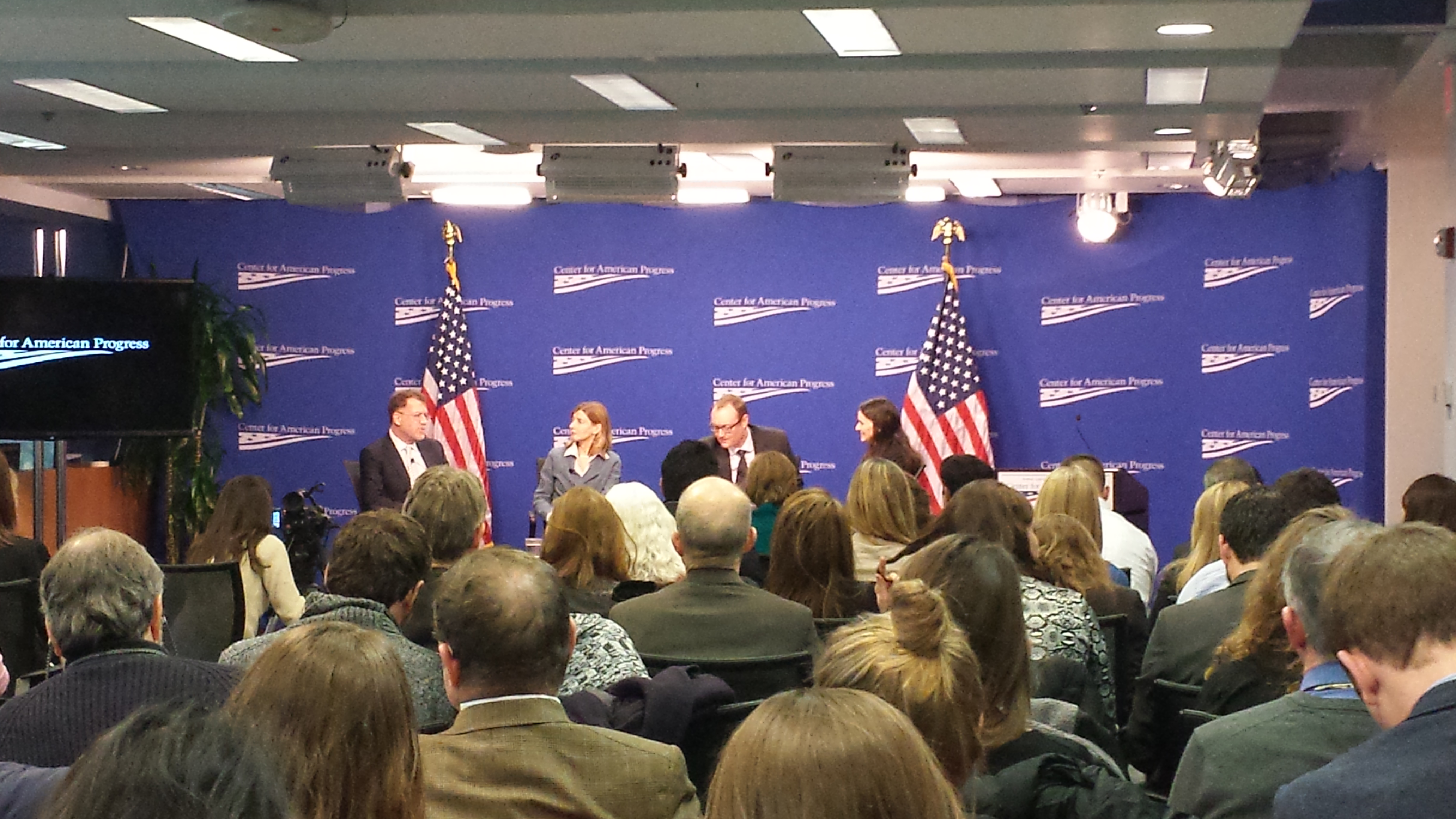 A panel was held at the Center for American Progress (CAP) this morning on ending extreme poverty in conflict-affected contexts. Among the Panelists were Alex Thier, Assistant to the Administrator, USAID , Larry Attree, Head of Policy, Saferworld ,Nancy E. Lindborg, Assistant Administrator for the Bureau for Democracy, Conflict and Humanitarian Assistance (DCHA), USAID , John Norris, Executive Director, Sustainable Security and Peace building Initiative, Center for American Progress and Nora O’Connell, Associate Director of Development Policy and Advocacy, Save the Children as a moderator of the panel. The panelists hoped that President Barack Obama includes United States’ role in global development and peace in his State of the Union Address tonight. According to the panelists, by 2020, extreme poverty will affect people in conflict areas and fragile states. One of the panelist has advised that fighting against poverty in conflict-affected areas ‘should not be seen as an ambition rather as a necessity’.  Participants have raised questions on the importance of mitigating interventions and development programs, and the need to have a coherence between military strategy and development policies.  Also noted was the importance of engaging China, Brazil and other countries active in conflict-affected areas in the fight against extreme poverty.