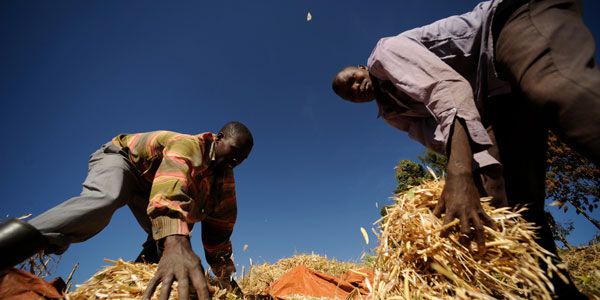 The Kaiser Family Foundation has done a detailed analysis on the new US budget here and points out that it raises US funding for Global Health to the highest annual rate ever – US$ 9.1 billion.

InterAction’s budget analysis shows that investing in Global Nutrition was increased by 21% over last year – a real sign of bipartisan support.

UPDATE January 31, 2014: The new farm bill establishes $80m per year for the next five years in local purchase in addition to provisions in the Omnibus Budget bill.

The January 2014 budget agreement reached between the US House and Senate did not significantly harm poverty-fighting accounts, and included a provision that THP has long advocated – an increase in funds for purchasing relief food from local farmers rather than shipping it – at high cost – from the US. The Omnibus budget bill which will fund the US Government through September (the end of this fiscal year).

The Obama administration has strongly supported such a reform, but as of the end of 2013 the required legislation had not been passed. In our 2013 summary, we listed this as the #1 missed opportunity of the year. And now that has changed! The budget bill includes $35 million for local purchase of food aid. An even larger reform will depend on final passage of the US Farm Bill – which has also not passed. Much of US food aid is included in the Farm Bill, not in the regular foreign assistance budget.

Learn more about the analysis by NGOs on the budget bill, click here.

Photo from the World Food Program/Purchase for Progress website.