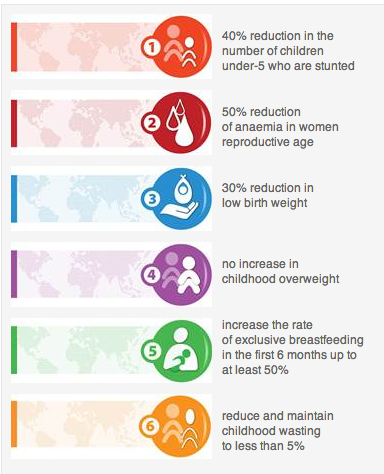 Those who wish for a more peaceful, just and sustainable world are helping to make ending world hunger a major priority… Together we can end hunger.  Robert Alan Silverstein

According to the Food and Agriculture Organization (FAO), an estimated 870 million people in the world, or one in eight, were suffering from chronic undernourishment in 2010-2012. Almost all the hungry people, 852 million, live in developing countries, representing 15 percent of the population of developing countries, and there are 16 million people undernourished in developed countries (FAO, 2012). An outcome of malnutrition, stunting alone affects 165 million children under 5 years of age around the world. (UNICEF, 2013). Malnutrition is the largest single contributor to disease, according to the UN’s Standing Committee on Nutrition (SCN), and under-nutrition among others, affects school performance, leads to a lower income as an adult, depletes immunity to diseases and causes women to give birth to low birth-weight babies. (WFP, 2014). The multidimensional effects of malnutrition makes nutrition interventions imperative to incorporate a multi-sectoral and integrated development approach . The Millennium Development Goals (MDGs) , WHO, World Food Programme (WFP), FAO, and projects by several bilateral and multilateral organizations have helped reduce child and maternal mortality, extreme hunger, malnutrition and poverty over the past decade. Despite the achievements, there still a long way to go to end malnutrition problems. The causes, effects and relationships between malnutrition and other development challenges makes it important to  have a multi-sectoral approach as it enables planning and programming nutritional programs efficient and sustainable. ¨The determinants of malnutrition are multifaceted; stemming from individual health status to household food access, to social, economic, political, and environmental factors at national and global levels¨ (USAID, 2013).

In response to the challenges of malnutrition , the United States Agency for International Development (USAID) has released the USAID Nutrition Strategy 2014- 2015 draft in late 2013,  and the agency’s  nutrition strategy draft calls for public comment before its final draft. The aim of the nutrition strategy( NS) 2014- 2025 is to improve nutrition to save lives, build resilience, increase economic productivity, and advance development. As to interventions and approaches, the NS 2014 -2025, advances two types of interventions : a timely nutrition-specific interventions at critical points in the lifecycle that can have  a dramatic impact on reducing malnutrition globally if taken to scale in high burden countries; and nutrition-sensitive interventions which have more potential to enhance the effectiveness of nutrition investments worldwide.(USAID, 2013). According to the ND 2014 – 2025 draft there are opportunities for nutrition impact with a number of nutrition-sensitive interventions including :

Many of the current development interventions in the above listed areas of are being approached in separation from each other. The one-sector approach lacks synergy and fails to integrate nutrition intervention with other projects . Today, there are far more governmental, non-governmental, bilateral and multilateral, for profit and nonprofit organizations  working in the development arena, and many of them follow a one-sector approach while the challenges of the poor_especially malnutrition and poverty are interrelated and interdependent. For instance, provisions of nutritious foods in schools and de-worming at health centers will only capture a few percentage of population with access to the two services. But, an alternative intervention of the above would reach far more people if coupled/integrated with robust agricultural and rural development programs projects. An excerpt from NS 2014- 2025 draft notes the following about nutrition intervention strategies.

At the global level, the World Health Organization (WHO) member states have endorsed the Global Targets 2025 for improving maternal, infant and young child nutrition following the sixty-fifth World Health Assembly that took place in Geneva, Switzerland from 21-26 May 2012. The assembly approved a comprehensive implementation plan on maternal, infant and young child nutrition. WHO’s Global Targets 2025 include the following:

1. 40% reduction in the number of children under-5 who are stunted

4. no increase in childhood overweight

5. increase the rate of exclusive breastfeeding in the first 6 months up to at least 50%

6. reduce and maintain childhood wasting to less than 5%

Both the USAID’s Nutrition Strategy and Global Targets 2025  call for comprehensive and all inclusive implementation plan on malnutrition. Though the former stresses the importance integration of nutritional programs and advancing a multi-sectoral approach to solving the global nutrition challenges, the resolutions and decisions annexes of the Global Targets 2025 falls short of calling upon member states to adopt an integrated and multi-sectoral nutrition intervention strategy. The following is an excerpt from USAID’s NS 2014- 2025 draft.

Effective interventions must reach across disciplines to address the multi-sectoral nature of malnutrition. In the past, many nutrition initiatives have been vertical programs implemented through isolated delivery systems: however, there has been a recent recognition that multi-factorial causation is best addresses with multi-sectoral interventions. (Lartey, 2008).

¨A successful strategy for alleviating poverty and hunger in developing countries must begin by recognizing that they are mainly rural phenomena and that agriculture is at the heart of the livelihoods of rural people.¨ (FAO, 2014).

To ensure sustainability of the nutrition programs and to bring about a lasting solutions to malnutrition and poverty in developing world,  development players at level should keep in mind the role of agriculture in the livelihood of the majority global poor and the advantages of multi-sectoral and integrated nutrition intervention approaches.  Nutrition interventions should be part of agricultural and rural development policies as 75% of the poor live in rural areas, and governments and decision makers at level should integrate nutritional interventions in their policies. (FAO, 2012).  “Economic and agricultural growth should be ¨nutrition-sensitive” and growth needs to result in better nutritional outcomes through enhanced opportunities for the poor to diversify their diets; improved access to safe drinking water, and sanitation; improved access to health services; better consumer awareness regarding adequate nutrition and child care practices…” (FAO, 2012)