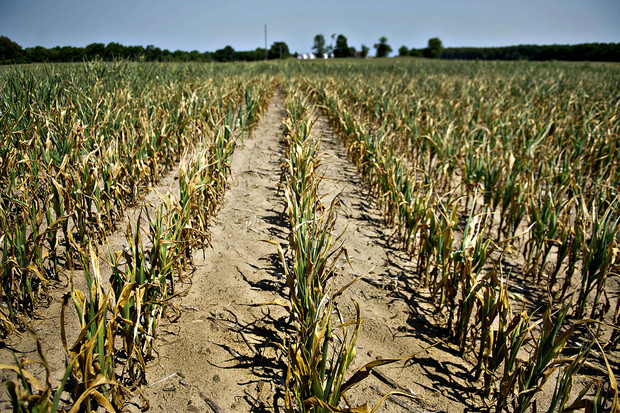 The 38th Session of the Intergovernmental Panel on Climate Change (IPCC) opened yesterday in Yokohama Japan. According to the IPCC news briefing, governments meet in Japan from 25 March 2014 until 30 March 2014 to discuss a major scientific report by IPCC. The Working Group II (WGII) contribution to the Fifth Assessment Report on impacts, adaptation and vulnerability will be considered. The summary for policy makers released by IPCC outlines the scale of the threat climate change poses to people worldwide and suggests ways to help people cope. On 31 March 2014 IPCC will publish its Fifth Assessment  Report (final) on Climate Impacts, Vulnerability and Adaptation.

A related analytic publication by Oxfam titled ‘Hot and hungry:how to stop climate change derailing the fight against hunger’ warns that climate change threatens to put back the fight to eradicate hunger by decades – and our global food system is woefully unprepared to cope with the challenge (Oxfam, 2014). The publication analyzes how well the world’s food system is prepared for the impacts of climate change and assess ten key factors/areas that influence a country’s ability to feed its people in a warming world.

The following are excerpts from ten key policy and practice areas – or gaps assessed by Oxfam to demonstrate the size of the global adaptation gap. To find out about the scoring process and detailed illustrations of the ten areas, click here.

At the Copenhagen summit in 2009, world leaders promised to provide $100 bn per year by 2020 to help poor countries adapt to a changing climate and reduce their emissions (mitigation). They also committed to providing $30 bn of ‘Fast Start between 2010 and 2012, balanced between adaptation and mitigation. Fast Start Finance has not been balanced – adaptation initiatives have received no more than 20 percent of fund sat best. But even 50% would have been far too low to meet estimated needs calculated to be at least $100 bn per year for adaptation alone (Oxfam, 2014).

While most industrialized countries ensure that the majority of their population is covered by some form of social protection, globally just 20 % of people have adequate social protection. In many poor countries,such as Zambia, Mali and Laos, coverage is less than 5 %. However, coverage is notably higher in poor countries that are bucking the trend of food insecurity and climate risk, for example in Malawi, Ghana and Vietnam, where coverage reaches 21%, 28% and 29% respectively (Oxfam, 2014).

The ratio of food stocks to food consumption has fallen to levels which are very low by historic standards –  each year in the past decade the stock-to-use ratio has fallen below the long-term 25-year average, with lowest ratios coinciding with significant world food price spikes, as in 2007 – 8 (Oxfam, 2014).

Women make up 43% of the agricultural workforce in developing countries and play a vital role in food production and preparation around the globe. As a result, the impact of climate change on food is felt particularly sharply by women. Despite their immense contribution, women in developing countries  are still deprived of land ownership and are shut out from receiving vital weather information that will impact their crops, livestock and their lives (Oxfam, 2014).

Official Development Assistance to agriculture has been slashed during the last 30 years, falling from around 43 % in the late 1980s to around seven today. In 2003, African leaders committed to increase their spending on agriculture to 10% of their national budgets. A decade later, just four out of 20 countries included in this study are meeting that target (Oxfam, 2014).

Global seed diversity has declined by 75 % in the last 100 years, depriving communities of native varieties that may be better suited to changing local weather patterns. The development of new and rediscovery of old seed varieties adapted to changing weather and growing conditions is therefore crucial.Yet public investment in agricultural R&D lags behind in the countries that need it most. For every $100 of agricultural output, developed countries spend $ 3.07 on public agricultural R&D, whereas developing countries spend just $0.55 on average. Countries that are bucking the food and climate trend, such as Malawi and Ghana, are investing more in agricultural research (Oxfam, 2014).

Over 80 percent of worldwide agriculture and 95 per cent of African agriculture is rain – fed, and at the mercy of changing rainfall patterns and intensity. In a warming world, where seasons are less predictable, access to responsible, sustainable irrigation is critical, especially in hot and dry regions. In many developing

countries, the irrigation that does exist is dedicated to big industrial farms at the expense of community water and small – scale irrigation. Women in sub-Saharan Africa collectively spend 40 billion hours every year collecting water (Oxfam, 2014).

OXFAM, 2014. “Hot and hungry:how to stop climate change derailing the fight against hunger“. Retrieved from http://oxfamilibrary.openrepository.com/oxfam/bitstream/10546/314512/1/mb-hot-hungry-food-climate-change-250314-en.pdf