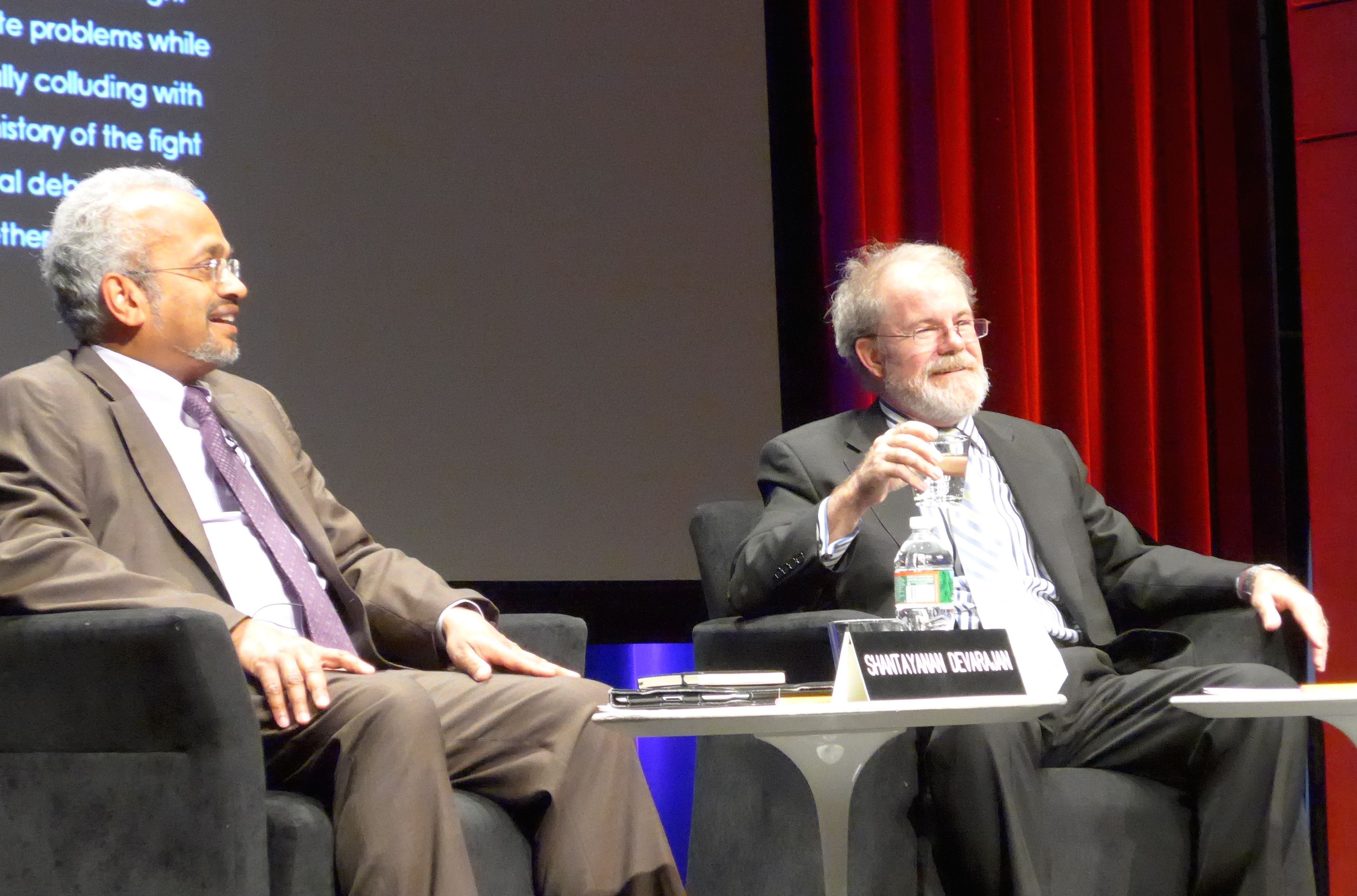 On May 7, 2014 the mighty THP-DC team attended a discussion by the NYU professor and author William Easterly and the World Bank Chief Economist for the MENA region Shanta Devarajan (former colleagues). The topic was Easterly’s new book The Tyranny of Experts: Economists, Dictators and the Forgotten Rights of the Poor.

Unlike his previous books, this book is not a critique of aid per se, and – as he promises – it does not tell donor agencies what they should or should not do. Rather, he aims for a Copernican Revolution which puts poor people and their rights at the center of development policy.

Easterly argued that economists have inaccurately attributed short-term economic growth to autocratic leaders, when “the autocrats are the problem, not the solution.” He asserts, like Sen, that economic growth comes from expansions in people’s economic and political rights. And he feels that when economists do this, they are undermining the rights of the poor — either directly (as described in several heartbreaking case studies) or indirectly, by simply “siding” with the autocrats and staying silent about people’s struggles for their rights.

The Bank Articles of Agreement state (10) “The Bank and its officers shall not interfere in the political affairs of any member; nor shall they be influenced in their decisions by the political character of the member or members concerned.” Given that all nations formally ascribe to the Universal Declaration of Human Rights, why this would prevent the Bank from advocating a Rights-Based approach to development. Easterly felt this was motivated more by the foreign policy of the US and other donors than by Bank rules – that the US finds that “autocrats make better allies than democrats” in the war on terror and other foreign policy objectives, and therefore wishes not to offend them.

Easterly commented that there are always three questions that arise: India, China and What-to-Do, The first two were discussed in detail in his conversation with Devarajan. He emphasized that democracy is not simply about majority elections, but about the protection of the rights of the powerless, and in this regard India is not successful. He stated that “India is now growing as a whole, just some states in the South of India are growing.” He described the “Tyranny of the Question What-to-Do” – that development discourse is suppressed to only those ideas that can lead to an actionable recommendation in five minutes.

At the end, an audience member reminded him of Question 3: China. Easterly stated that China was a perfect example. Deng Xiaoping is often given credit for the reforms that led to China’s economic growth. But he was forced into that change, Easterly stated, by bottom-up action by the farmers themselves, who literally bribed officials to give them access to private plots, and he cited the book by Kate Xiao Zhou, How The Farmers Changed China.