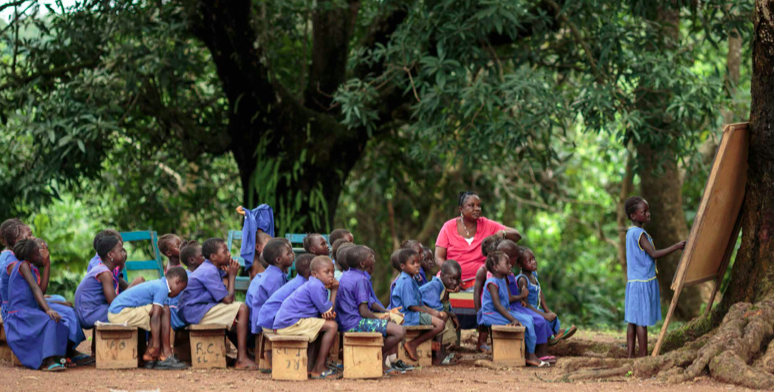 July 7, 2014 – NYC – The UN Secretary-General Ban Ki-moon launched the 2014 MDG Report today at the opening of the High Level Political Forum (HLPF) under the auspices of ECOSOC. He pointed out that the MDGs had served to “unite, inspire and transform” the world, and that more of the MDG goals were still in reach with a strong final push.

He opened his presentation by setting a theme with a short video – “2015 is not the final destination.”

The MDG Report does not present a report card by country, but it does by region and – as before – sub-Saharan Africa and South Asia continue to lag in their progress.

As in previous years, the report urges much more action to reach goals on hunger, maternal mortality and to halt open defecation. (Note: during the recent Board visit to India and Bangladesh, it was clear that this issue is now receiving high-profile public attention.)

A key theme is monitoring. The report emphasizes that MDG-based monitoring systems are strengthening around the world and are increasingly used to improve national policies.

MDG1a – halving poverty: Latin America and South Asia excluding India has made the goal, India could possibly make it, but there has been very little progress in sub-Saharan Africa.

MDG 1c halving hunger: Latin America is very close to the goal, while South Asia and sub-Saharan Africa are not on track to meet it.

MDG 2 – Universal Primary Education: Sub-Saharan Africa has made rapid progress but is not on track to hit the target. Progress in other regions has slowed.

MDG3 – Gender parity in primary and secondary education. South Asia has made it in primary education, and is very close in secondary school, Africa is making rapid progress, but is not on track to meet the target.

MDG4 – Reduce Child Mortality: Rates have been cut in half, but not the 2/3 target.

MDG5 – Cut Maternal Mortality by 3/4: None of our regions are on track to make it, despite significant progress. Nearly half of all deliveries in rural South Asia and Sub-Saharan Africa are still not attended by skilled personnel. Birth rates among adolescents is still dangerously high.

MDG6 – HIV/Malaria/TB: There is still insufficient understanding by young people about safe sex. The Malaria and TB targets are on track.

MDG7 – Water: While the safe drinking water goal was made globally, but Africa is not on track.

MDG8 – Partnership: Aid levels rebounded in 2013, reaching a new high, however the percentage of aid going to the poorest countries continues to decline.