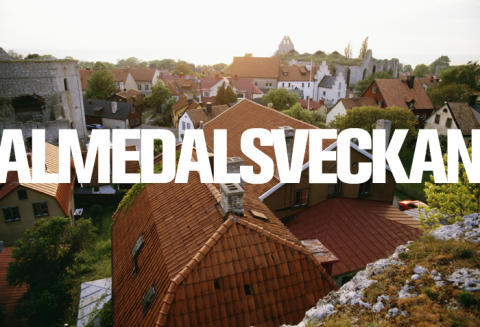 On July 1, our Swedish Country Director Sara Wettergren spoke on a panel during Almedalen Week – the most important forum in Swedish politics. She spoke on the importance of local democracy to poverty reduction in the Post-2015 agenda, in a session organized by the Swedish International Center for Local Democracy and DeLog: the Development Partners Working Group on Decentralisation and Local Governance. The panel is available in English on video here, and Sara’s presentation starts at 11m40s. The notes from the panel that appeared on a Swedish website (translated) are as follows:

The process of defining the post-2015 development agenda is in progress and the Open Working Group on Sustainable Development Goals has published a zero-draft. According to Stina Karltun, Senior Expert at Sida, the draft is top down and lacks important democratic aspects of participation, accountability and transparency. Stina Karltun emphasizes the importance of creating the space for dialog at the local level and enhancing the space for people to interact with their own government. This can create a political base for the local structure which in turn can hold the central government to account.

Sara Wettergren is CEO at The Hunger Project and argues that the main point for why civil society organizations should care about local development structures is related to the sustainability of development projects. NGOs create parallel structures that are effective in the short term, but not in the long term since they are difficult to withdraw. The Hunger Project has studied local democracy in 35 countries by looking at legal and formal structures, how laws are implemented, and peoples´ perceptions. The findings indicate that the structure that supports local democracy is better on paper than in reality and that there is little awareness about the existence of these structures. This leads to a discussion on what challenges governments are facing and several aspects are mentioned, such as lack of resources, lack of or weak autonomy, and lack of capacity and training. Furthermore, many people do not know that they have rights at the local level. Sara Wettergren describes this as a default structure from the very beginning.

Jamie Boex is a Senior Research Associate at the Urban Institute and identifies challenges related to donor countries. Boex argues that there is a clash in the link between local governance and the Sustainable Development Goals which is the clash between the long term objective of democratization and the short term approach of solving problems fast. If we want to quickly improve health and education we might design the post-2015 agenda in a top down way. In addition, when donors work with countries they work with the national government and by empowering central governments we are also undermining our goal.

Boex underlines that we need both central and local levels, but the challenges lies in channeling money to the local level. According to a survey on 23 countries, only one third of the spending on health and education is channeled through local government and the control of the funds is in many cases at a minimum since it is controlled at the central government level. However, Jamie Boex also states that there is no evidence that local governments are more effective. For example we have no evidence that local governments provide better education than other institutions. Boex calls for further research on the subject while also recognizing that we need to be very pragmatic and search for synergies rather than comparing one level with the other.