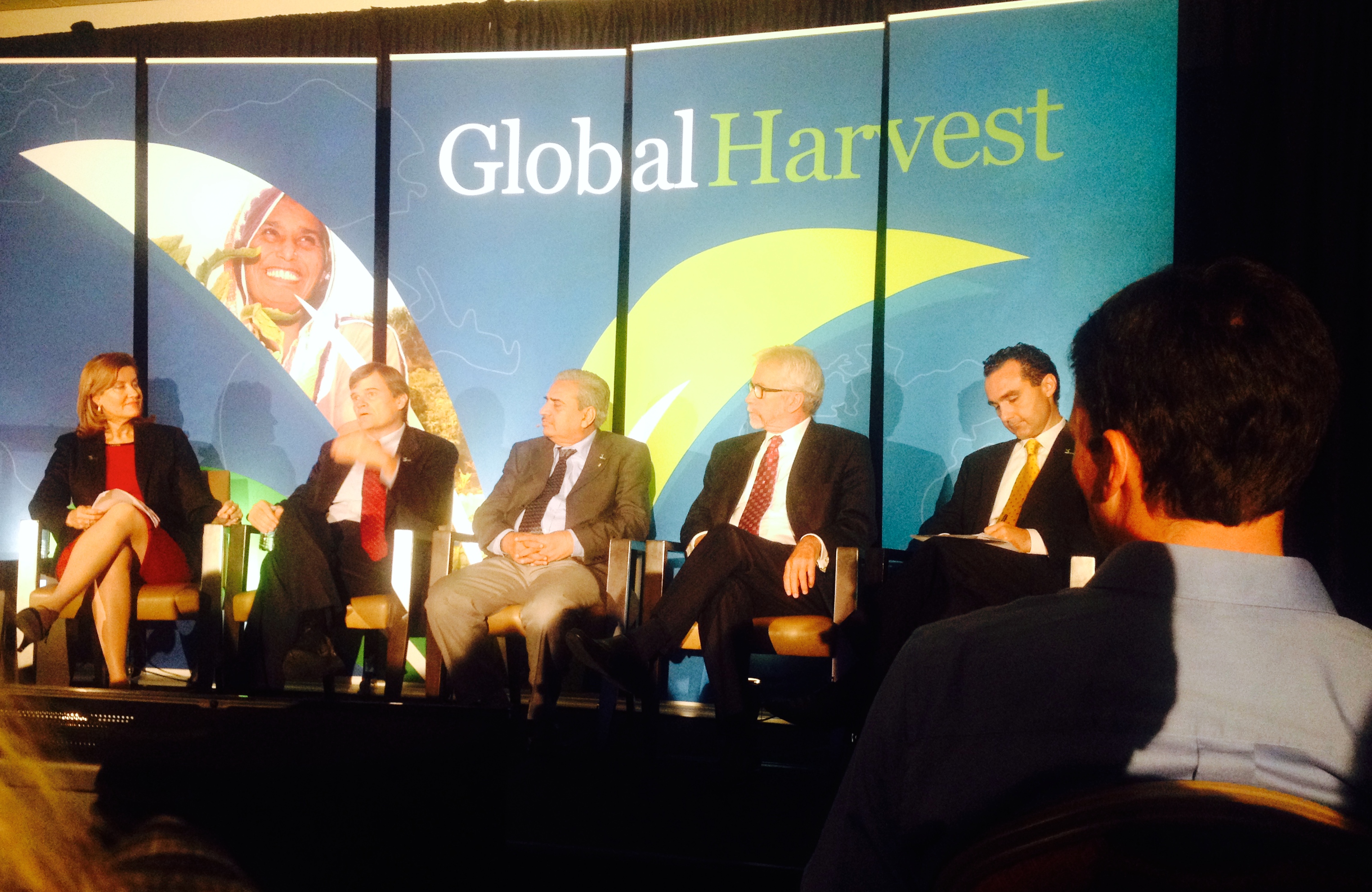 The 2014 World Food Prize, held between October 15 and 17th, would have been incomplete without the launch of yet another GAP Report from the Global Harvest Initiative (GHI). This year marked their fourth, which gives a comprehensive scope of what the current status of food production is and will need to be in order to yield sustainable nutrition and affordable food for all. While many discussions and heavy focus have recently been placed on the soon-to-be-declared SDG goal of eradicating hunger and poverty in all of its forms by 2030, the 2014 GAP Report looks further down the line toward what the reality of 2050 could mean for upholding such a goal.

There is a need to increase production for the ever-increasing demands for fuel, fiber and feed, as well as food. For example, as the demand for poultry, livestock, and fish continues to climb, so too will the percentage of agricultural output allocated for such sustenance. An additional concern raised by the report was the expected rise in the percentage of water that will be needed for agricultural purposes. This calls for constant adaptability to changes in rainfall patterns.

How best should the development sector meet food security needs while not increasing climate or environmental impact? Addressing the aforementioned findings, GHI proposes that the answer is “TFP”, or Total Factor Productivity. TFP refers to the ratio of resource, energy and labor input to the output result. Ideally, inputs should precisely and efficiently result in greater outputs. If accomplished well within the next 10 to 20 years, good TFP will be evident as high yield food varieties, drought and disease resistant seeds, adoption of high quality feeds to improve livestock and animal care, and robust investments in smallscale farmers.

Efficient agricultural practice is only a piece of the solution, however. GHI acknowledged that [enforced] policies that promote sustainable food and agricultural systems, at every level, are critical to enabling a conducive environment for good TFP. When asked, panelists stated that such policies should include a national and local agenda around building a “talent pipeline” within the domestic population to advance agricultural research and development technology. The latter is especially critical for sustainable food security because technology will increasingly be the means through which irrigation, soil and crop diagnostics, and methodologies of preventing post harvest loss will be met.

Unsurprisingly so, private/public sector partnerships and trade were discussed as part of the report launch, as well. However, investment in the capacity and ability of a country’s own population was prominent. To successfully happen, this must be mandated by the central government and enforced down to the local levels, by local government authority. This will create greater expert-based labor available locally for the agricultural and other relevant sectors to affect sustainable food security where there is strong local governance.

After spending recent weeks at other conferences, events and meetings as we continue to move forward in the fight against global hunger and poverty, it is promising that GHI’s comprehensive report is already looking at the global development status after the SGDs expire. THP is happy to have been a contributing organization in this report and will continue to think, assess and act with momentum to sustain those in need through any foreseeable future: post 2015 and beyond!