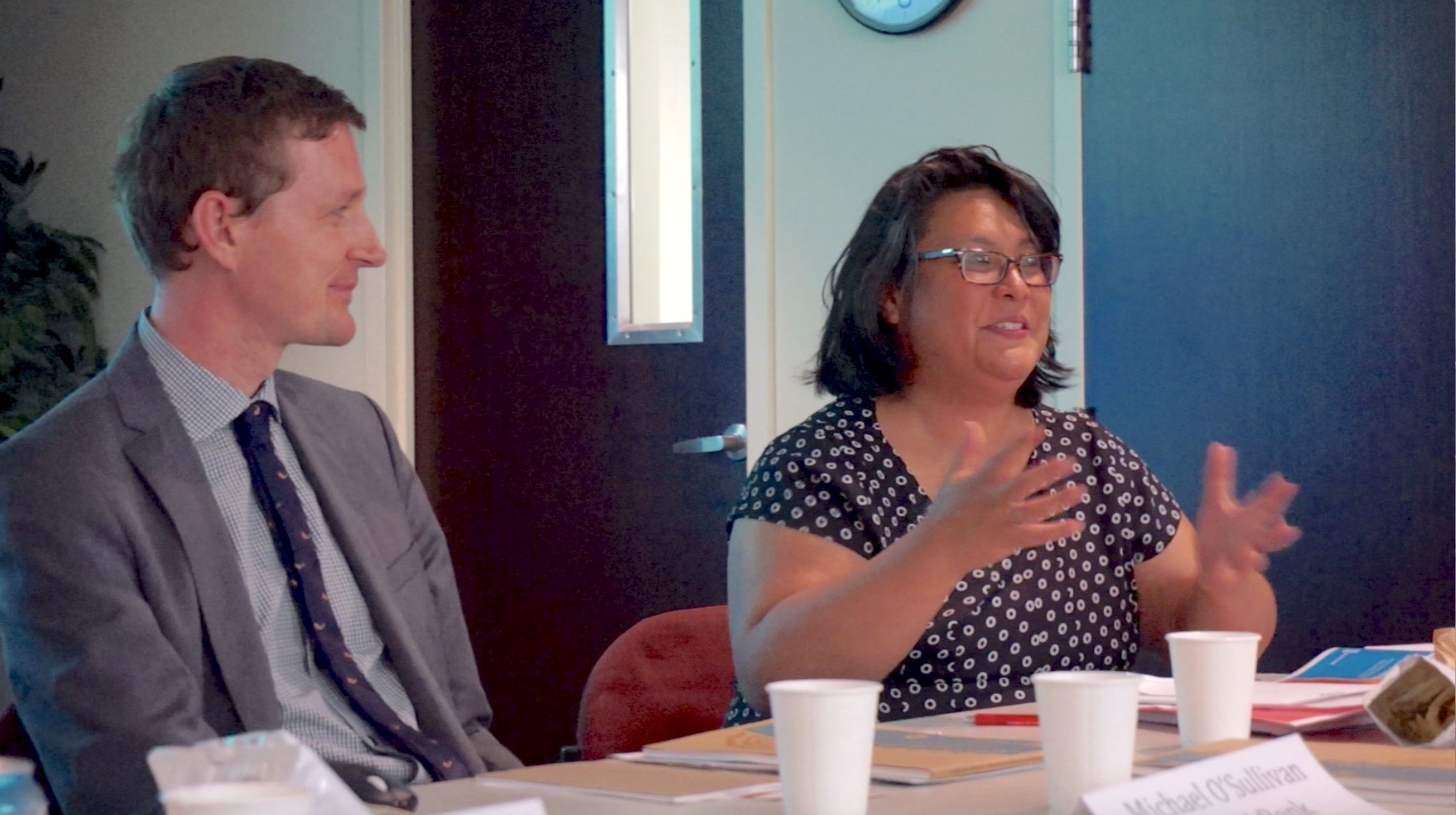 On May 7, 2015 InterAction’s Agriculture and Food Security Working Group hosted a Learning Event designed to bring members up to speed with the latest evidence on the fundamental role of gender in food security, to empower us all in our advocacy. The video of the 90 minute event is here.

Dr. Fritz has 20 years of experience as a social science researcher, strategic gender advisor and program developer. She works closely with other senior staff at ICRW to design and evaluate programs that address the overlapping needs of women and girls in areas of economic strengthening, health, freedom from violence, and leadership. Dr. Fritz has evaluated the strengths and gaps in corporate-funded women’s economic empowerment initiatives and led an assessment of Australian Aid’s women’s economic empowerment programs across several countries in Asia and the Pacific. She leads ICRW’s collaborations with the private sector on enhancing women’s economic status through formal employment, entrepreneurship and inclusion in global value chains.

Michael is an economist and the land thematic leader for the World Bank’s Gender Innovation Lab. He analyzes the impact of agriculture and land projects in Africa to identify ways to strengthen women’s economic empowerment. His current research centers on issues of gender in the economic sectors in Benin, the Democratic Republic of Congo, Ethiopia, Niger and Uganda. Michael previously worked on USAID projects for Chemonics International and Mercy Corps, and served as a U.S. Peace Corps Volunteer in Burkina Faso. He holds a Master’s degree from Columbia University’s School of International and Public Affairs.

Sylvia Cabus, Gender Advisor for the Bureau of Food Security and Feed the Future Initiative, USAID

Sylvia previously worked for Catholic Relief Services in Kenya, Morocco, Mali, and Burkina Faso. In the U.S., she worked as a program officer with Heifer International, Handicap International, and USAID’s Office of Foreign Disaster Assistance. She also served as Gender Analyst with DevTech Systems, an international development consulting firm, and as a Peace Corps volunteer in Cameroon. Sylvia received an MA in International Relations from John Hopkins University’s School of Advanced International Studies, and a BA with Honors in History from the University of California, Berkeley. She is from the Philippines, grew up in California, and currently lives in Washington, D.C.

Dr. Morris previously managed a global portfolio of social and economic development projects at Development and Training Services, with a view to promote equality, accountability, and sustainability. She also served as Executive Director of Peace X Peace, a global network of peace-builders in 120 countries. Dr. Morris managed nine country offices in conflict-affected countries for Women for Women International, and was Deputy Director of the Commission on the Advancement of Women at InterAction. She also founded Creative Associate’s Center for Women’s Leadership in International Development and served as President of the Board of Directors of the Afghan Women’s Writing Project. Dr. Morris has worked closely with the U.S. Government to advance initiatives empowering women and girls. This included time as a team leader for USAID’s GBV Strategy Research Agenda Project and Project Director for the State Department assessing programs with marginalized populations.