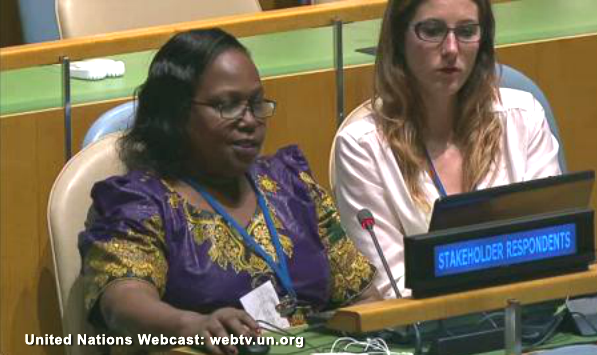 On June 2, 2015 the UN released the “Zero Draft” of the SDGs, entitled Transforming Our World by 2030: A New Agenda for Global Action. Here are the top 10 points we in The Hunger Project should know about them. (Photo at right: Our Uganda country director Dr. Daisy Owomugasho presents testimony May 27, just prior to release of the Zero Draft, with our policy analyst Mary Kate Costello. Click photo to watch video).