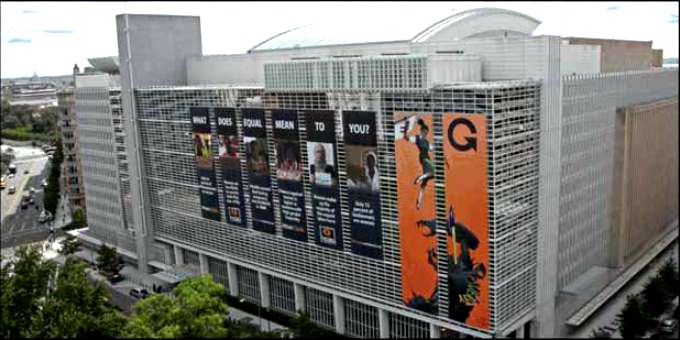 By the 1990s, economic failure and rural neglect in many countries were attributed to excessive centralization and top-down approaches.  While Community-driven Development (CDD) emerged as a response to this concern, it is not panacea nor a one-size fits all and many factors contribute to its success or failure. The centralization-decentralization dilemma remains a struggle about power and the perspective that there is a finite amount of economic and social resources.  The following touches upon what CDD is and its history, when and why it works, and the challenges surrounding the approach.

Community driven development (CDD) is a phrase that has had different meanings for different development agencies, ranging from consultation to empowerment (see Table 1 below).  CDD is an approach that emphasizes community control over planning decisions and investment resources.  CDD programs evolved out of an attempt to reverse traditional  “top-down”  service delivery  by  letting  communities  identify  and implement small-scale investments among several sectors. CDDs vary enormously, depending on country  contexts, government champions, and project task teams but the approach has been typically (although not always) used in one or the other of three contexts:

The purpose of participatory programs is to enhance the involvement of the poor and the marginalized in community-led decision-making bodies to give citizens greater say in decisions that affect their lives. Community-driven development refers to projects in which communities, functioning outside a formal system of government, are given funds that they manage to implement interventions they have identified (Mansuri and Rao, 2013).

Devolving resources to communities required the development of new disbursement, procurement, and accountability mechanisms. In this respect, CDD by definition must rely on community empowerment to plan and execute sub-projects according to the community-defined priorities. Along this continuum,  Local and community driven development (LCDD) is not a project; it is an approach that aims to empower both communities and local governments with the resources and authority to use them flexibly, thus taking control of their development.  Empowering means the expansion of assets and capabilities of poor people to participate in, negotiate with, and hold accountable institutions that affect their lives. It means giving people access to voice and information, greater social inclusion and participation, greater accountability, and organizational strength (Binswanger-Mkhize, de Regt, and Spector, 2010).

Source: Binswanger-Mkhize, de Regt, and Spector, 2010; and this author’s additions.

CDD by the Numbers over time.  During Wolfensohn’s presidency 1995 to 2005, Mr. Wolfensohn was personally convinced that community decentralized approaches yielded better outcomes than top-down centralized.  He ordered a review of Bank lending experience and created a Bank-wide CDD working group to come up with clear definitions of CDD approaches and to review the portfolio of CDD lending.  Between FY 2000 and FY 2008, $16 billion was lent for 637 operations that contained elements of the CDD approach, or about 9 percent of total lending of the World Bank Group. For IDA lending, this percentage was higher about 16 percent.  According to a World Bank 2005 review entitled The Effectiveness of World Bank Support for Community Based and -Driven Development, during 1989 to 2003, the share of Bank projects with CDD components grew to 25 percent.  Over time, the results of social funds and CDD operations had better satisfactory outcomes and quality of supervision than Bank-wide averages.   In Wong, 2012, the paper states that the World Bank has supported 400 CDD projects in 94 countries, valued at almost $30 billion.  In Mansuri and Rao, 2013, the paper states that over the past decade, the World Bank has allocated almost $85 billion to local participatory development.

How do CDDs figure into the World Bank organization?  Key staff using or analysing the CDD approach work at the center of the World  Bank in the Social Development Department, Social Development Network created in approximately 1997.  Most Task Team Leaders who take CDD projects to the World Bank Board of Directors and are in charge of their implementation, disbursement and supervision are in the Human Development or Social Sector Divisions of Six Country Regions throughout the Bank, which include: Africa, East Asia and Pacific, European and Central Asia, Latin America and Caribbean, Middle East and North Africa, South Asia (not all regions have CDD projects).

Conceptual Framework for CDD.  Development policy that uses participatory processes needs to be informed by a thoughtful diagnosis of potential civil society failures, so that policy makers can clearly understand the tradeoffs involved in devolving decisions to local communities and can identify potential ways of repairing such failures.  Market and government failures are now reasonably well understood. Policy makers are less likely to assume markets will work perfectly or that governments can provide effective solutions to market failures. The policy literature is rife with solutions to market and government failures that assume that groups of people—village communities, urban neighborhood associations, school councils, water user groups—will always work toward the common interest.  Rarely is much thought given to the possibility of “civil society failure.” Organizing groups of people to solve market and government failures is itself subject to problems of coordination, asymmetric information, and pervasive inequality.  Civil society failure at the local level can be thought of as a situation in which groups that live in geographic proximity are unable to act collectively to reach a feasible and preferable outcome. It includes coordinated actions that are inefficient—or efficient but welfare reducing on average. (Mansuri and Rao, 2013)

The Internal Evaluation Group (IEG) is charged with evaluating the activities of the International Bank for Reconstruction and Development (IBRD) and International Development Association (IDA) projects of the World Bank).  In 2005, it undertook an evaluation of social funds—one of the early types of community-driven development—and looked at the period from fiscal 1987 to fiscal 2000 and at the results available for the 98 social funds in 58 countries worth a total of $3.5 billion.  The evaluation found that 96 percent of closed  social funds had satisfactory outcomes against 71 percent for all Bank projects.  Social Funds worked especially well in post-conflict situations such as Cambodia and Nicaragua. IEG rated institutional development as substantial in 65 percent of projects (better than 36 percent for all Bank projects). Social funds demonstrated that they could help build the capacity of local governments, communities, and NGOs.  Their effectiveness was attributed to their autonomy from the line ministries of central governments.  Sustainability is likely for only 43 percent of projects against 51 percent for all Bank projects.

The design of CDD programs has evolved over the last two decades, with varying levels of decision-making authority (Wong, 2012).  Thinking of local development policy as occurring at the intersection of market, government, and civil society failures increases appreciation of context. Such interactions are conditioned by culture, politics, and social structure, and vary from place to place. A policy that works in one country, or even one municipality, may fail in another.   Factors to consider:

Country’s political system and context matter a great deal.  In democracies, electoral incentives shape participatory interventions.  Stable democracies allow stable trajectories of decentralization.  They have an affinity for empowered participation functioning in the presence of strong civic institutions.  At the national level, nationalist ideologies—the manner in which the state (colonial and postcolonial) has created and propagated identity—can create symbolic public goods that facilitate collective action.

History matters: Policy and  institutional reform—education systems, the judiciary, the media, and efforts at social inclusion—influence government responsiveness to civic mobilization.  Some countries have a long history of organic civic participation, developed in the struggles for independence from colonial rule or against the rule of entrenched elites. Such social movements have given legitimacy to civic activists and created a culture that facilitates civic mobilization. A history of organic participation creates a community of peer educator and an enabling environment within which social entrepreneurs can spark participatory innovations.

Social, economic, demographic, and cultural contexts matter: The nature and extent of social and economic inequality and the composition and diversity of groups affect induced and organic participation. Inequality and heterogeneity affect the cultures and norms of cooperation that evolve within a community. These norms have a bearing on collective action and on the role of local leaders.

Geography matters. Remoteness from more developed areas, difficult terrain, and harsh weather conditions can increase vulnerability, leading to weaker development outcomes. Both social heterogeneity and geography have a bearing on the local cooperative infrastructure—the community’s capacity for collective action.  If a village has a long history of successfully managing common property resources, that capacity can be drawn upon.

Lessons for success include:

Local participation tends to work well when projects are based on well-thought out designs, facilitated by a responsive center, adequately and sustainably funded, and conditioned by a culture of learning by doing and where projects ensure that:

There are a minuscule number of CDDs that have benefited from a rigorous impact evaluation.  Out of 400 active CDD programs and 25 years of implementation, there are only 17 or so impact evaluations available at this point.  Technical expertise is one reason as they must be designed at the outset of the project implementation and this expertise is often lacking in local contexts.  More research and resources are needed to learn from the world’s experience from CDDs to date.