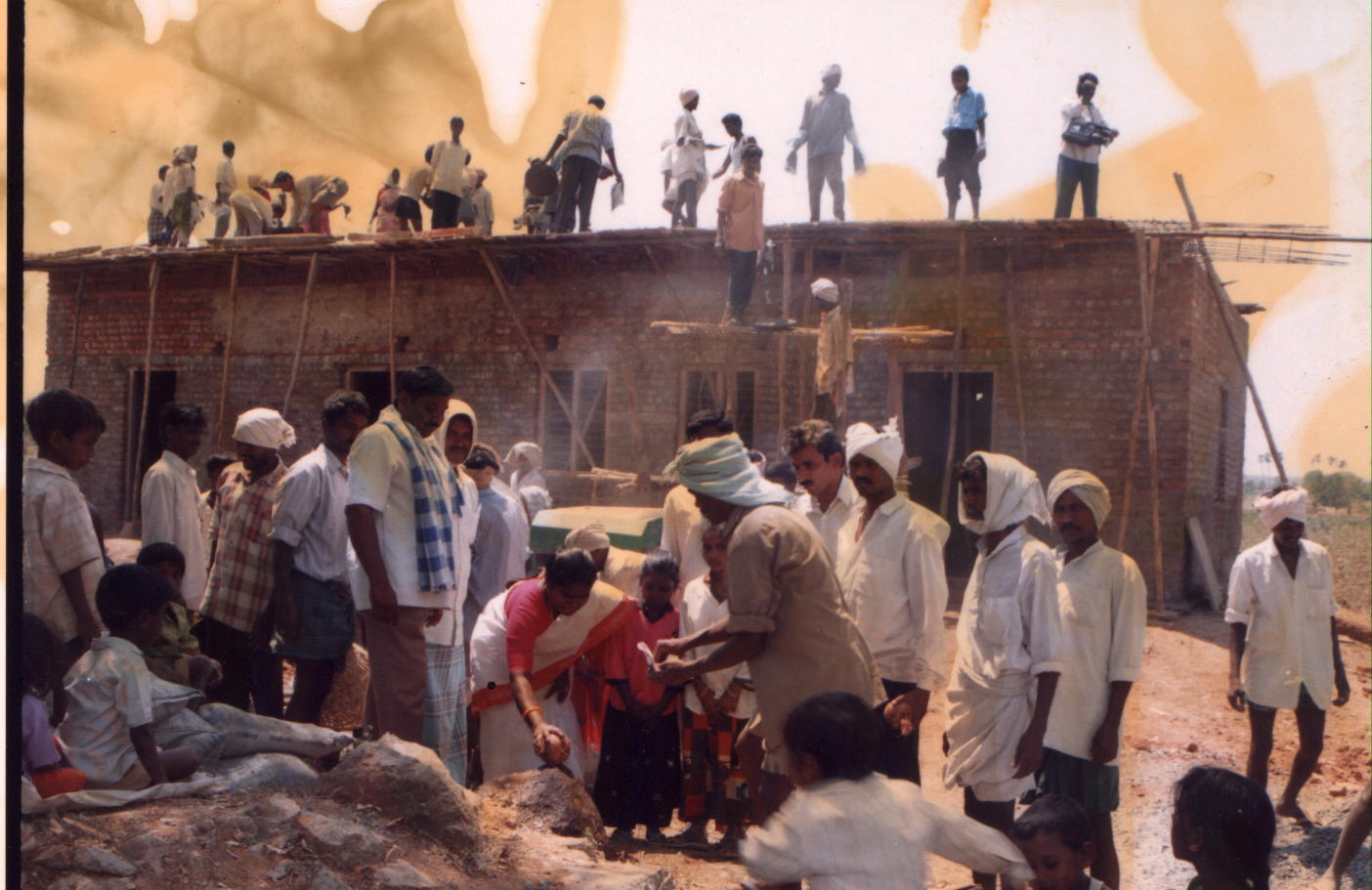 By: Susan Chase and Elisa Wilkinson
The Hunger Project, August 10, 2015

In 1973, Robert McNamara, then President of the World Bank, was one of the earliest pioneers to boldly describe the alarming facts of absolute poverty in the developing world and to call for a rigorous response based on a moral imperative. In his 1973 Nairobi speech to the Board of Governors, McNamara outlined a strategy toward its reduction or elimination. While recognizing the hurdle that citizens in the developed world would have to overcome to allow increasing sums of money to be used to assist the poorest of the poor, he emphasized that rural development was to be the centerpiece of his plan to raise the productivity of the poor.

Governments of the developing world were called to meet the “basic human needs” of their populations. As time went on, despite countries’ positive annual growth, malnutrition persisted, infant mortality remained high, life expectancy was low, illiteracy widespread, unemployment soared, income distribution skewed, and the gap between the rich and poor countries was growing. McNamara’s obsession to assist those in “absolute poverty” remained the backbone of his presidential tenure.

The Integrated rural development (IRD) approach thus became the prototype for this assistance. These programs grew out of this original excitement of development practitioners, which hoped to transform undeveloped rural settings into cohesive communities, with profitable productive opportunities, and where members could enjoy basic public and social services. While rural development programs went on to benefit millions, rural laborers and the landless benefited, at best, indirectly. As many studies have attested, IRD projects achieved disappointing results. Some projects failed due to serious Institutional weaknesses, and progress was slowest where most needed—in Sub-Saharan Africa. Today, we ask the question some forty-two years later: What happened to the approach launched with such confidence and optimism?

In the 1970s, the World Bank and other donor agencies entered poverty reduction and rural development in a major way with IRD programs. These programs focused on participation, community empowerment, and the decentralization of local institutions, arguing that this approach is able to achieve results by aligning development priorities with community goals. In practice, however, the programs suffered the same fate as earlier community development programs, becoming centralized, bureaucratic, and unable to coordinate actors on the ground. Some countries saw decentralization as a means of dismantling command economies, others a tool for poverty reduction, and still others as a path to grassroots empowerment. Regardless of the hope the approach held out at the outset, realities in the world economy sidetracked development practitioners to more pressing challenges.

The world debt crisis of 1982 lasted well into the end of the 1980s, during which time the Bank’s main focus was stabilization and structural adjustment programs (SAP) via macroeconomic and sector policy reforms. At this time, the Bank was forced to face a renewed emphasis on poverty reduction in the midst of needing to mitigate the negative impacts and unintended consequences of SAPs, which had a draconian effect on the poor.

In 1983, a seminal book by Robert Chambers entitled Rural Development: Putting the Last First made the case that billions of dollars had been wasted in rural development programs without meeting community needs or reducing poverty. Again, a well respected economist reiterated that the top-down approach was doomed to fail because it was conceptually flawed, often with patronizing attitudes that viewed communities as passive recipients to be lead, not economic actors whose energies could be harnessed through empowerment. A new participatory development movement applied these ideas to small-scale projects in ways that allowed the poor to act as informed participants, with external agents acting as facilitators and sources of funds.

By the early 1990s, the formal IRD approach was discredited and abandoned by the World Bank and most donors. Large-scale irrigation and rural development project lending was replaced by support for human development sector. Tough lessons had been learned. To improve a community’s “well-being” in social, economic, and environmental terms, outside-initiated transformation does not come easily. Practitioners had learned that target communities—not their national, nor regional governments, nor even their village headmen—must have true ownership over this process or it does not work. Necessary community mobilization requires extensive work for which the international donor community does not have the appetite, expertise, nor patience in pursuing given their institutional priorities, and legal and financial frameworks. Policy makers must keep these considerations in mind as they consider how best to harness the power of communities.

During James Wolfensohn’s presidency of the World Bank (1995-2005), the Bank underwent a new focus on rural development and initiatives to overcome the problems that had undermined rural development programs since the 1970s. After extensive reviews of the experience of the Bank’s lending, there was a progressive shift from central sectoral programs to community consultation and participation and then to community empowerment. New rules supported a radical shift away from upward accountability to downward accountability to community members.

It is a very sensitive topic to try to change political dynamics of a recipient country to shift power from the center to the citizens at the grassroots level. Today, the international experience with such programs is better synthesized and policy makers in countries and donor agencies have learned from years of experience of the power of community empowerment.

In 2013, World Bank Group President Jim Yong Kim announced the Bank’s commitment to two new goals, with its Global Commission, that would direct its development work worldwide: The two goals are:

Following this announcement, the World Bank Chief Economist, Kaushik Basu has added, “Furthermore, poverty has many other dimensions and it is unacceptable in today’s prosperous world that so many people suffer such deprivations. The Global Commission will advise us on other dimensions of poverty that the Bank should collect data on, track, analyze and make available to policymakers for evidence-based decisions.”

The World Bank portfolio currently shows an extensive amount of Integrated Rural Development projects—dispelling the notion that IRDs are discredited and abandoned. These projects suffer from many of the constraints highlighted above but are being restructured to allow time and lessons learned to reach their full development potential.

The IRD approach was well-intended in the face of McNamara’s daunting cry for help. His gamble to empower communities to achieve better results was a good one. Now in hindsight, we can say that decades of its use has afforded many lessons learned, offering policy makers and government officials better tools and methods to design projects with a more realistic, seasoned approach to reach the poorest of the poor. National governments have gained understanding of what it means to listen to their local communities in order to help them. While ownership was never fully achieved with IRD programs, IRDs as a tool in the World Bank’s arsenal have not disappeared from the World Bank portfolio. Some launched in the late 1990s, have gone on to be restructured or followed up with a second and third project, with the ultimate objective of improving, for example, production and returns from food and cotton cultivation. The South Africa Rural Community Project Kgautswane was named a model for development and was touted as a great success due to the ownership of its development agenda and its replicability. “Kgautswane is an example of what can be done when a community takes responsibility for its own development, says Ross Paul, World Bank’s Pretoria office.