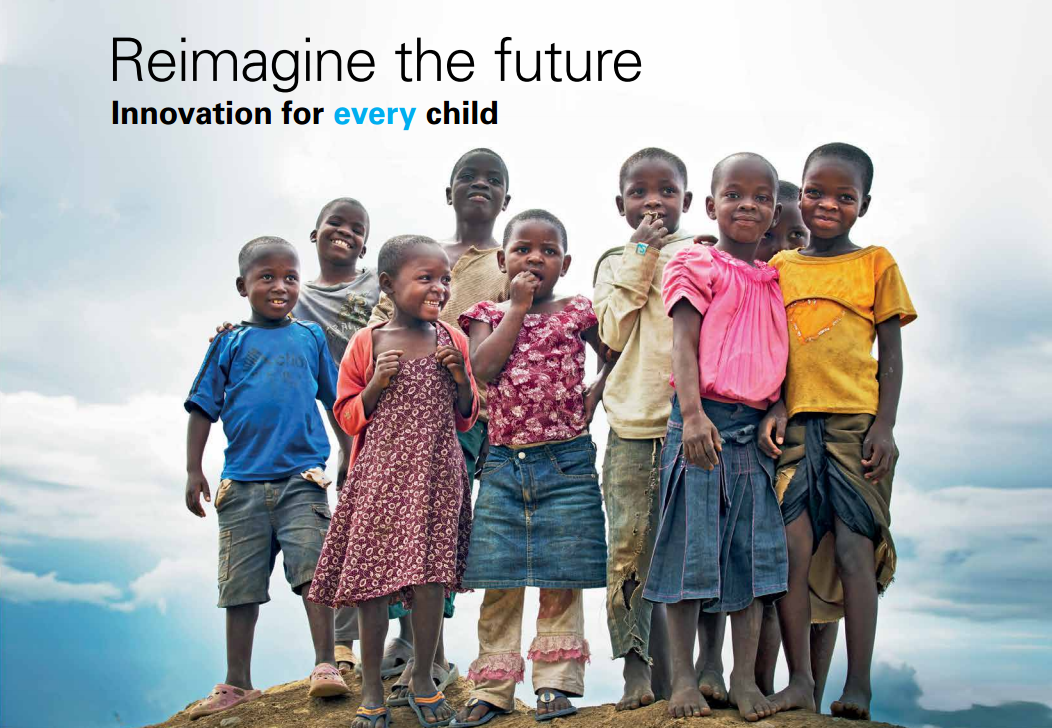 This year’s State of the World’s Children Report has been published and it is calling for innovation. While it is a fact that remarkable progress has been done towards the protection and promotion of children’s rights, an unfortunate amount of children still exist whose rights are continuously violated and are regularly experiencing the tragic repercussion of poverty and malnutrition. The State of the World’s Children Report – Reimagine the future: Innovation for every child, expresses the need for cooperation from the global community to find advanced and unconventional ways to address the age-old problem that is still affecting the lives of the innocent children all over the world, which is poverty and malnutrition.

(See table at the bottom of this post with a quick summary of statistics in Hunger Project program countries.)

Poverty begins prior to the birth of the child, increases across the life course and onto the succeeding generation. It is a cycle of deprivation. A child living in poverty does not only mean being deprived from an access to material goods, it is also a deprivation of life, health, cognitive development, education and opportunities. While an adult may experience poverty temporarily, for children, the consequence can last a lifetime.

Poverty is associated with malnutrition. According to UNICEF’s State of the World’s Children report, the poorest 20 per cent of the world’s children are twice as likely as the richest 20 per cent to be stunted by poor nutrition and to die before their fifth birthday. Stunting is one of the many manifestations of malnutrition. It is a form of growth failure. Stunting commence prior to the birth of a child. Poor maternal nutrition, inadequate feeding practices, lack of access to clean water and sanitation, non-exclusive breastfeeding and clinical and subclinical infections or diseases are causative agents of stunting. Not only poverty has an awful repercussion to a child’s health, it also deprives a child’s fundamental right to life.

Poverty also plays a huge role when it comes to a child’s cognitive development. Children living in poverty are most likely to encounter learning disabilities and developmental delays. According to UNICEF’s State of the World’s Children report, nearly 9 in 10 children from the wealthiest 20 per cent of households in the world’s least developed countries attend primary school – compared to only about 6 in 10 from the poorest households. Children who are stunted are most likely to have poor performance in school and have higher chances of dropping out. They are unable to reach their full potential because of the procured learning impediment. Some children choose to drop out of school and prefer to start working at a very young age for the reason that they are able to contribute to their family’s income.

Poverty persists to be a driving force of child marriage. Seldom families get their daughters to marry before 18 because it reduces the family expenses. Many communities also practice economic transactions like “bride price,” where the family receives money or livestock in exchange for their daughter. This practice often results to girls not being able to obtain an education. UNICEF reported that for every 100 boys in secondary school, only 76 girls are enrolled. The cycle of poverty is an often product of child marriage. Because of early marriage and pregnancy, girls are forced to drop out of school, making it harder for them to escape the awful consequences of poverty.

The Hunger Project recognizes the significance of nutrition for the eradication of world hunger and poverty. At the Hunger Project’s epicenters, health care professionals explain the basics of nutrition for both children and mothers and the importance of pre- and postnatal care to women. Women also have access to antenatal care services in the epicenter and children also have access to the epicenter nursery schools and are guaranteed to a full nutritious meal every day they are in attendance. The Hunger Project also partners with more than 100 organizations representative of governments, civil society, the private sector, philanthropic foundations and the research community dedicated to the eradication of malnutrition and poverty.

Others fail to see the correlation between nutrition and poverty. To some, it is mere financial inequity. They fail to see the bigger picture of how one factor leads to the other. Children who are living in poverty are much more likely to be in poverty later in life and is likely to shepherd the next generation to go through the same vicious way of life. Not unless the cycle is being cut, helpless and innocent children are relentlessly punished of this deprivation.

According to UNICEF’s State of the World’s Children report, all children must have an equal chance to make the most of their potential. The report features people across the world who went the extra mile and applied unorthodox approaches to further the progress. The global community must prioritize the children and fully dismantle the numerous hindrances to achieve innovation and ultimately achieve a future in which children from all corners of the world can enjoy their rights.

3 responses to “UNICEF Calls for Innovation”