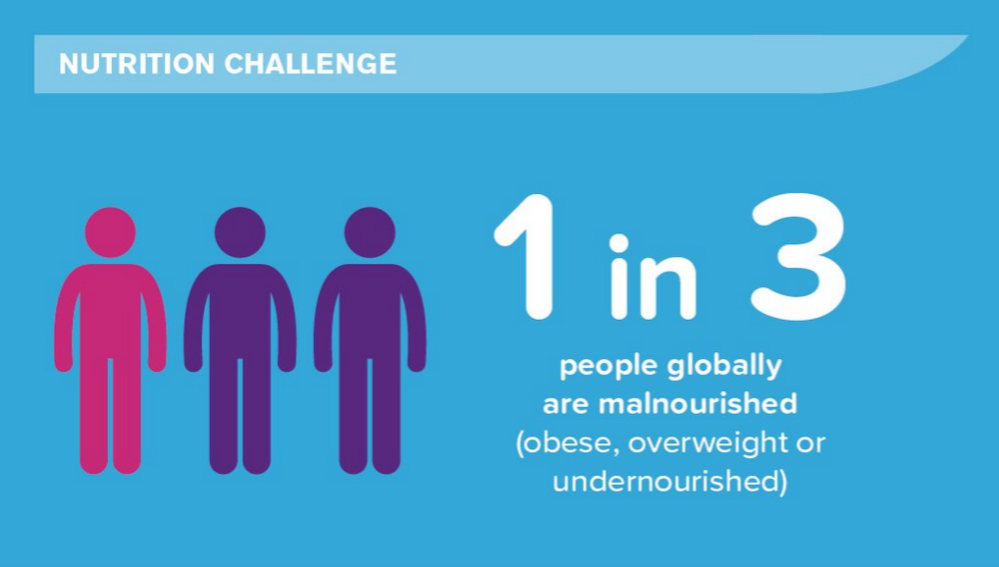 The Access to Nutrition Foundation is an independent nonprofit based in the Netherlands, with the objective of assessing and contributing to the improvement of the private sector’s methods of providing global nutrition. ATNI’s founding principle is centered on the fact that the world’s leading food and beverage companies can play a leading role in improving poor nutrition and related diseases. By examining the companies’ practices, governance structure, marketing, and commitments, ATNI assigns an index number to the major food and beverage companies, providing them with an incentive to improve before the next index is released.

The first Access to Nutrition Index was released in 2013, as a tool major companies can use to benchmark their nutrition practices progress. Overall, 22 of the top companies were assessed to determine their levels of social, commercial and financial responsibility within their industry.

According to this year’s index, one in three people in the world are undernourished or overweight. Over the course of the next ten years, nutrition issues are projected to significantly increase. Obesity and diet-related diseases such as heart disease, stroke, diabetes and some cancers are at epidemic rates, affecting countries of all income levels. Recent years has shown a positive trend in corporations’ interest in engaging better with their consumers, who demand healthier products and higher levels of accountability.

The 2016 Index has additionally included a pilot study, ranking all the leading producers of breastmilk substitutes (BMS). This addition to the index addresses a controversial issue in on the nutrition agenda. ATNI’s intention was to create a transparent and accountable way to measure how corporations contribute to child rearing in developing countries. Companies were assessed based on alignment with the 1981 International Code of Marketing and of Breast-milk Substitutes.

Corporations were measured for the index based on seven indicators:

Based on the 2016 Index, Unilever scored highest for the ATNI overall ranking. ATNI commended Unilever for successfully integrating nutrition strategy into their core business model, with a specific emphasis on undernutrition. According to the Index, Unilever dedicated its future strategy towards a healthier profiling system, with a comprehensive response to undernutrition.

Other top performers included Nestlé, Danone, Mondelez, and Mars. The main conclusions of the 2016 Index were that progress has been made, but these large food and beverage corporations are slow to change their role in the fight for better global nutrition. Nestlé topped the BMS Index, but ATNI found that none of the four F&B companies and the two pharmaceutical companies included in the BMS Index were fully compliant with the International Code of Marketing Breast-milk Substitutes (The Code) or the many World Health Assembly (WHA) resolutions reinforcing The Code. As recommendations, ATNI encourages all companies to overhaul their marketing systems, except when forbidden by national laws. In independent case studies conducted by Westat in Vietnam and Indonesia, many instances of non-compliance were revealed, offering much room for improvement. ATNI has now reached global recognition for their work as the first index to benchmark companies to facilitate growth and improvement. Since the first index in 2013, companies have increased their engagement with the research process, which highlights a positive trend towards improved policies and procedures.

Full details of the companies’ performances can be found on individual scorecards at accesstonutrition.org.