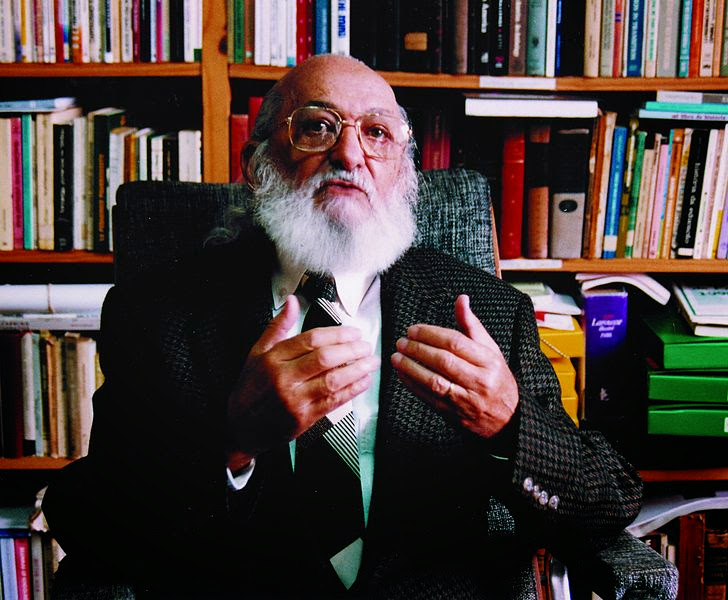 Here are what I believe are the ten most influential books relevant to our work, with short notes on why you should read them.

The Hunger Project is committed to empowering women and men to end their own hunger. We did not “invent” the commitment to empowerment; Socrates taught it 2500 years ago. In fact, as a learning organization, we have always sought out the wisdom of the deepest thinkers and activists in this field.

This respect for wisdom is all too rare in international development. It often seems like everyone is chasing the latest fad — whether it’s mobile apps or micro finance or child survival interventions. All these become fads because they are helpful contributions. But they are not a comprehensive solution.

To help build comprehensive solutions, we need to ground ourselves in the writings of the best of those who’ve pioneered this work. Here are what I consider ten books everyone interested in development should have read and be able to apply. These are listed here “earliest first” with links either to the book’s own website or to Amazon.

Hind Swaraj, Mohandas K. Gandhi, 1905.  This is the book that laid the foundation not only for India’s freedom, but for the dignity of all impoverished people.

Women’s Role in Economic Development, Ester Boserup, 1970. This Danish economist points out that when the root problem is a gender gap — and your action is failing to deliver the majority of developmental inputs to women — you are actually widening the gender gap. This puts the lie to those projects that claim to be women-focused, yet are only delivering 40% of their inputs to women.

Small is Beautiful: Economics as if People Matter, E. F. Schumacher, 1973. The former head of Britain’s giant Coal Board dives into “meta-economics” — the values underlying economic planning, and finds them sadly lacking. He tells beautiful stories of the radically different economic decisions you would make if you actually cared about people.

Pedagogy of the Oppressed, Paolo Friere, 1973. This Brazilian educator recognizes that literacy is not merely skill acquisition — it is a fundamental transformation in who people are, from a victim of history to an actor in history.

Rural Development: Putting the last first, Robert Chambers, 1983. This former member of the colonial Kenyan civil service became the “inventor” of participatory rural development and PRA. This is the source book on that movement.

Whose Reality Counts? Putting the First Last, Robert Chambers, 1997. This takes his case further, into the realm of data and evaluation.

Development as Freedom, Amartya Sen, 1999. Sen shows that freedom and democracy are not simply the outcomes of development, they are the means to development.

White Man’s Burden: Why the West’s Efforts to Aid the Rest Have Done So Much Ill and So Little Good William Easterly, 2006. NYU professor and former World Bank economist makes the case against top-down planning and for bottom-up entrepreneurship.

Poor Economics, Esther Duflo and Abhijit Banerjee, 2011. These co-directors of MIT’s famous JPAL are the champions of rigorously-evaluated experimentation. This book highlights how wrong our instincts can be about what works and what doesn’t work.

The Last Hunger Season, Roger Thurow, 2013. Thurow is a journalist, and gives an in-depth portrait of four families engaged with the One Acre Fund’s social-mobilization approach to improving small-farmer productivity.