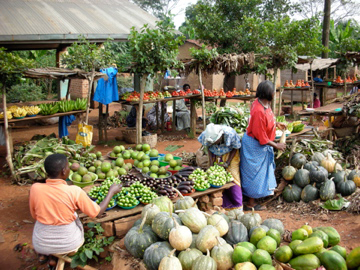 Countries around the world are increasingly recognizing the impact fiscal decentralization can have on both national and community level development. Fiscal decentralization is characterized by a shift in financial responsibility from a central government to a local municipal government. Decentralization is a key element for development because it puts power back into the hands of community members. When local communities have the autonomy to control their own resource allocation and spending, they have a greater ability to fill the needs of their specific community than their centralized government. They tend to be more efficient at delivering public goods and services, which only increases the effectiveness of their local governance system. Development should happen at the community level, driven by the people who will keep their communities functioning and productive.

According to the World Bank (WB), decentralization can occur through several mechanisms, including local self-financing, co-financing or co-production, local taxes, monetary transfers from central governments, and/or municipal borrowing. Most importantly, measuring local fiscal autonomy and management must be included when evaluating a country’s level of decentralization . Decentralization goes beyond expenditure and resource allocation data; it must be considered in the context of who makes the decisions and at what level public goods are being delivered.

Unfortunately, most decentralization studies fail to address local fiscal autonomy. Many countries have limited to no data on the decision-making power of local government bodies compared to their central counterparts. Establishing a standard way to measure progress worldwide is the next crucial step forward in decentralization efforts.

Decentralization data that accounts for local fiscal autonomy is difficult to find. However, several thorough sources of data capture not only countries’ fiscal autonomy data, but also dissect how this information relates to important global development outcomes.

In a report released in 2012 titled “How Close is Your Government to Its People?” the World Bank measures fiscal decentralization by: vertical fiscal gap, taxation autonomy, unconditional transfers to local government, expenditure autonomy, and borrowing freedom. These indicators allow countries to be profiled on a holistic level, providing accurate and usable data. Some of the top fiscally decentralized countries are Hong Kong, Singapore, Switzerland, USA, and Denmark, while the bottom countries are Grenada, Guinea-Bissau, Haiti, Oman, and Samoa. This report also includes measures of political and administrative decentralization, as well as the meaning and measurement of the relative importance of local government.

Another great example of a measurement system comes from The Local Public Sector Initiative, a multi-organization collaborative project that determines how decentralization is contributing to individual countries’ efforts to achieve global development outcomes. The surveys include a variety of metrics, ranging from “Basic Country Information” to “Assignment of Functions & Expenditure Responsibilities”. Each country has a detailed profile of health and education expenditure background, sectoral decentralization, and development indicators. The researchers included the survey template and instructions alongside their completed country surveys, enabling an understanding of their framework. The survey accommodates countries with varying government structures, allowing for up to four levels of government to be evaluated. The twenty nine currently completed country surveys are a great start to a global standard of measuring fiscal decentralization.

The Next Steps in Decentralizing for Development

The most important next step in achieving fiscal decentralization is a steadfast commitment from communities, policy makers, and countries as a whole to make decentralization a reality. International efforts are not being widely adopted, and community members must advocate for their policy maker’s commitment to fiscal decentralization. For example, only nine countries in the African Union have signed the African Charter on the Values and Principles of Decentralization, Local Governance, and Local Development to date, delaying it being put into force. If a major international body like the African Union committed to fiscal decentralization, we would see large scale dramatic change in community-level development. Countries worldwide must make a commitment to decentralize their spending, balance their power and resources between all levels of government, and put autonomy into the hands of local community leaders. These efforts will pay off in achieving not only the Sustainable Development Goals by 2030, but also prosperity for communities at all levels.

3 responses to “Decentralization: The Key to Local Development”